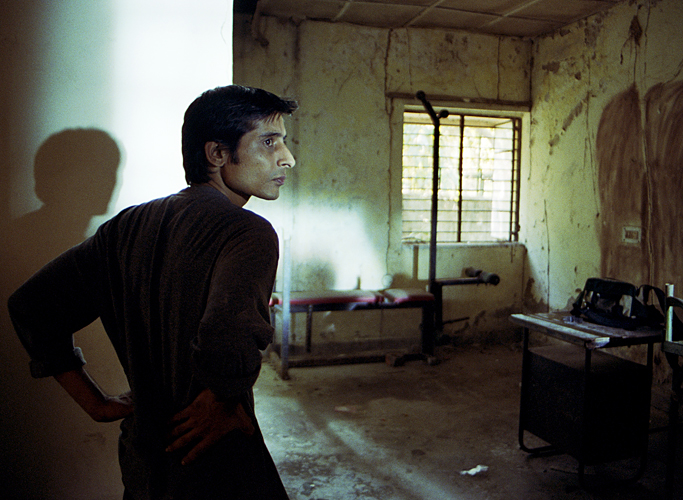 Satyajit Ray Film & Television Institute in Kolkata is one of two national film schools. It is named after the Bengali Film Director Satyajit Ray, who, along with being awarded the Palme d’Or in Cannes and the Silver Bear at the Berlin International Film Festival, became the first Indian to receive an Honorary Academy Award.

Ray’s extraordinary body of work was often referred to as Indian Neorealism, and alumni of the Institute that bears his name are recognized internationally for their approach to filmmaking that goes beyond Bollywood.

During my first extended stay in India, as a member of the Kolkata Heritage Photo Project, I used every free moment to photograph the campus. I became friends with the filmmaking students, following them with my camera to capture every aspect of their daily lives.

Often film reality got mixed up with real life. Waking up some mornings I found myself in the middle of a film story…